Marilyn Meredith
Marilyn Meredith is the author of many published novels, including the award winning Deputy Tempe Crabtree mystery series, the latest Seldom Traveled from Mundania Press. Writing as F. M. Meredith, her latest Rocky Bluff P.D. crime novel is A Crushing Death, from Oak Tree Press. She taught writing for Writers Digest Schools for 10 years, and was an instructor at the prestigious Maui Writers Retreat, and has taught at many writers’ conferences. Marilyn is a member of three chapters of Sisters in Crime, Mystery Writers of America, and serves on the board of the Public Safety Writers of America. She lives in the foothills of the Sierra. Visit her at http://fictionforyou.com and her blog at http://marilymeredith.blogspot.com/ 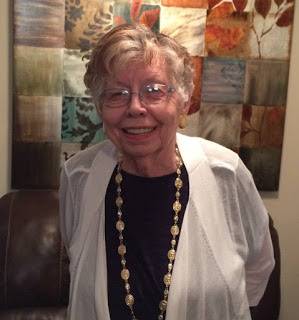 Mark Arnold
Mark Arnold holds degrees in science, professional writing, journalism and communication. While a master’s student at the University of Missouri school of Journalism during the mid 80s, he became fascinated by literary non-fiction and began to apply the techniques of Wolfe, Capote’ and Thompson. He was selected as one of the top ten student science writers in the nation and has published non-fiction in several magazines.

He elected to study for his Ph.D. at the same university Timothy Leary attended. The University of Alabama in Tuscaloosa gave him a chance to learn as much about research and the effects of communication as it taught him about the human condition.

After more than a decade teaching feature writing at the college and university level, he left to pursue writing fiction. He provides critiques once a month for a writing club, NightWriters in San Luis Obispo. Writers of the Future recognized him, twice, for novella length science fiction which gave him the confidence to begin his new novel Monster, the story a Mary Shelley’s early life (Mango press. Due out by the end of this year.)

Jean Moelter
Jean Moelter currently serves on the editorial committee for the Simply Clear Marketing and Media NightWriters column and was an associate editor for The Best of NightWriters in Tolosa Press. Her essays and articles have appeared in many publications. 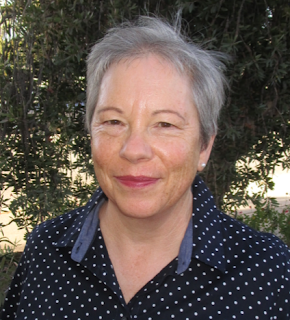 Jean’s one-woman show Holy Crap! was part of the 2015 season at San Luis Obispo Little Theatre, and she often performs stories and comedy on local stages. As playwright-in-residence at North End Children’s Theatre in Tacoma, WA, she wrote five plays for young actors. Two of her one-act comedies were produced in the Pierce County Playwrights Festival.

She lives in San Luis Obispo with her family and a high-maintenance dog.

Deborah Foss
Deborah Foss is a writer, editor and college writing instructor living in Atascadero, California.  She obtained her Bachelor’s degree in English, with an emphasis in Creative Writing, and her MFA in Fiction from University of Utah in 1993.  Deborah has taught Writing and Children’s Literature at University of La Verne’s SLO campus for nine years; prior to that, she taught writing classes at Cuesta College and Salt Lake Community College. 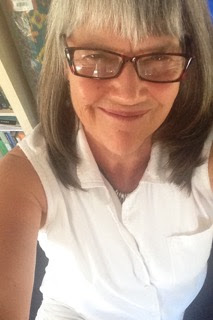 Deborah’s creative writing work began with the Wild Goose Company in Salt Lake City.  For five years she wrote and edited award-winning humorous science books and experiment instructions for clients, including Steve Spangler, Mr. Wizard, Lawrence Hall of Science, and Chicago Museum of Science and Industry.  After moving back to California, Deborah worked on the California Education and the Environment Initiative Model Curriculum, writing over 80 introductory narratives called California Connections.  She also wrote California’s Natural Regions, a book for third-grade students describing the diverse ecosystems in our State.

Deborah’s short stories and poems have appeared in various literary journals over the years, including Shades, Sister Song, and Silver Vein. She was a contributing writer to Biomes and Ecosystem: An Encyclopedia, in 2013, and recently acted as ghostwriter for My Country or My Company, a memoir about free trade, outsourcing, and manufacturing in the United States. In early 2015 she completed a screenplay, Airlansea, based on a novel by the same name. She is currently working on her book, Environmental Intelligence: How Poetry, Art, and Storytelling Can Reconnect Children with the Natural World.

S.L. Gore
Born with wanderlust, forever living in a fantasy world, S. L. Gore escaped the prairies of Kansas to follow the yellow brick road on a twenty-year odyssey that took her to Europe, Africa, Latin America and the Middle East.
Starting with a one way ticket to Iceland, she returned with a Viking husband, an art degree and speaking five languages.
A love of travel, classical history, languages, mysticism, food, shopping and adventure led Gore to create the epic time travel romance novels of the Isis Trilogy: The Red Mirror, The Emerald Tablet and The Black Scroll.
Her non-fiction publications include the self-help manual Sex and the Zen of Shopping: How to Live Rich by Shopping Smart and inspirational memoir contributions to three Life Choices anthologies.
Gore is a regular contributor to Life Choices on-line magazine with the cooking and table art column Beauty and the Feast, Dining with Sandra. From time to time, you can find samples and photos of both simple and exotic dishes on her blog www.SLGore.com. Expect a future cookbook of Gore’s own recipes plus those of talented, foodie friends from around the globe. 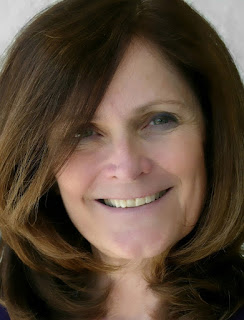 Gore’s next project is a memoir of her years in North Africa hitchhiking the sands of the Sahara and exploring the back alleys of the souks in the underbelly of Maghreb. Working title: Not In Kansas Anymore. Gore is a frequent guest on talk radio discussing Middle East politics and the impact of Islamic culture on the West.

Joyously married forty-one years, the Nielsens hang out in a quintessential beach bungalow in a coastal California beach town. You can follow her on twitter @GoreNovels or like her Facebook page S. L. Gore. Email her at GoreNovels@gmail.com.
https://www.facebook.com/GoreNovels/
https://twitter.com/GoreNovels

Matthew Fleming teaches poetry, critical thinking, composition, and literature at Cuesta College where he has taught for the last eighteen years.  His poetry has been published in the journals Night Roses, 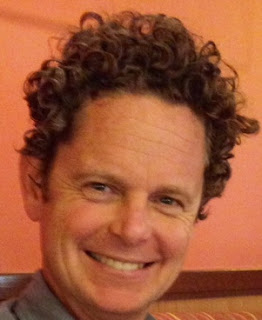 the University Review, The Forum, and he was awarded the Dominic J. Bazzanella Literary Scholarhip for poetry as well as being honored as the 2002 "Teacher of the Year.” His other writing pursuits include screenwriting for film and t.v. as well as music performance and recording. 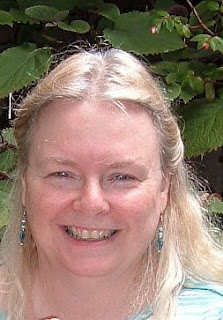 on spiritual Biblical meditations. She is a member of SLO NW, the Central Coast Chapter of Sisters In Crime (SinC), SinC National and the Public Service Writers Association (PSWA). Find her writing prompts every Wednesday at
www.SusanTuttleWrites.com 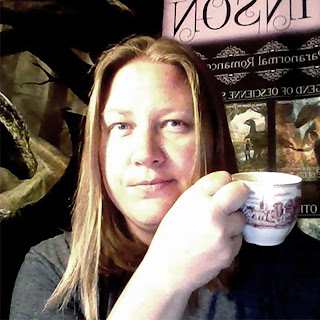 Sean is the author of seven novels and a collection of short stories. He teaches English at Cuesta College and Creative Writing at the Paso Robles Youth Arts Foundation. He lives in Paso Robles with his wife and two children. 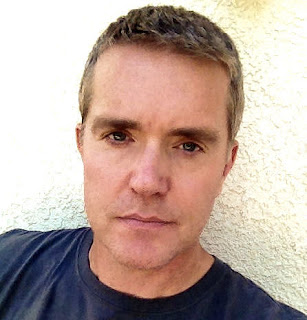 Natalie McDermott
Natalie’s love for the written word began in the first grade, and it simply never stopped flourishing; her family was not surprised when she 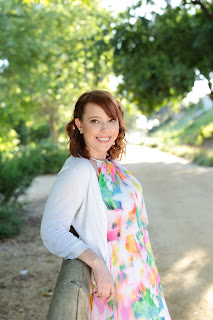 received her Master’s in Literature, since seeing her with her nose in a book was not uncommon.   Since she now runs TheCrimsonQuill.com  with her friend and business partner, Mindy Conde, this sight is still not uncommon, except now she has a red pen in her hand.   As an editor, Natalie’s passion for the written word has grown exponentially, as she thoroughly enjoys helping authors with their craft.  She lives in Burbank with her husband and their small dog, and she dreams of the Central Coast.


Mindy Conde
With a Master’s degree in Literature and a lifelong passion for the written word, Mindy is in her element as an editor for TheCrimsonQuill.com, which she runs along with friend and business partner, Natalie 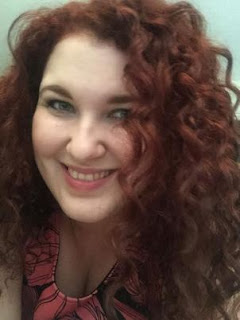 McDermott. She loves working with authors to help them perfect their manuscripts and turn those tricky passages into masterpieces. After graduating from Cal Poly, Mindy and her husband didn’t want to leave the area and now call the Central Coast their home. She lives in the lovely, and often foggy, little town of Los Osos with her husband, two cats, and piles and piles of books. When she’s not editing or reading, Mindy enjoys local wine tasting, baking, and hiking in the many beautiful areas the Central Coast has to offer.


Elizabeth White
Elizabeth White resides on the Central Coast of California, where for several years she authored the San Luis Obispo County lifestyle blog, Elizabeth in SLO. Readers from around the globe shared her discovery of SLO County's avant-garde, as she explored the beauty and wonder of this regional Shangri-la. 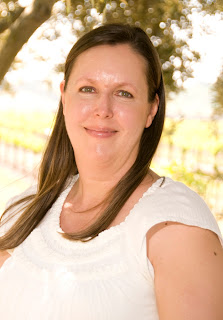 Elizabeth's taste for adventure dates back to the 90s, when she taught English in rural Japan. She reveled in discovering the local cuisine and customs while surrounded by lush fields of rice, stunning tulip farms, and towering alps. She later served as the media coordinator for the Japan Exchange and Teaching Program's Alumni Association of Southern California, where she sourced writers, edited articles, and published several of her Japanese escapades in Sushi and Sake Magazine.
Her love of documentaries led her to volunteer for the San Luis Obispo International Film Festival, where for several years she wrangled wine for Festival events and also served as a board member. This experience kindled her interest in the budding Central Coast wine scene.
Elizabeth's blog stories chronicled her vino-infused exploits throughout the rolling SLO County vineyards and culinary hot spots, as well as her experimentation with recipes influenced by local flavors and products. Her interviews with local chefs and wine makers have been published in VINO Wine Lifestyle Magazine and Templeton Life.
Currently she continues to wander, photograph, and write about the beauty and wonder of the Central Coast, largely as a guest blogger. When out exploring the local terrain, Elizabeth, camera in tow, captures the regional wildlife and majestic coastal scenery.  She is a published photographer and uses her photos to bring her stories to life. You can catch glimpses of her work at elizabethinslo.blogspot.com and elizabethwhitephotos.com.


Lillian Brown
Lillian Brown is a retired journalist and public relations specialist trying her hand at fiction since returning to the Central Coast 12 years ago. She has published a number of short stories, as well as nonfiction articles, and is currently focusing on an historical novel. She lives with her husband and one stray cat in Atascadero, close to her two daughters and their families. 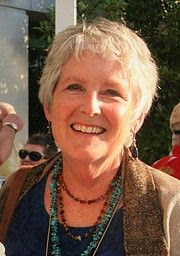 When not writing fiction, she works in real estate and promotion, spends time with grandchildren, does some horseback riding, and enjoys traveling, reading, hiking, and generally goofing off in retirement.